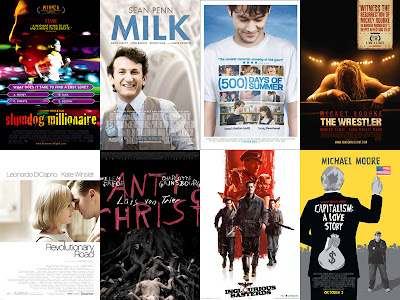 NineWhere The Wild Things Are
The Imaginarium of Dr. Parnassus
Alice in Wonderland
Men Who Stare At Goats
I Love You  Phillip Morris
The Lovely Bones
Danny BoyleHugh JackmanKate WinsletMichael MooreTarantinoWoody Allen
3 Comments