Review: The Wolf of Wall Street

I must admit I don’t like Martin Scorsese and I didn’t really want to see this movie but it was too cold to continue shopping outside until Dallas Buyers Clubwas on. My sister and my mom insisted it was a good movie, so I bought myself a ticket.

Surprisingly, I quite enjoyed The Wolf of Wall Street but I must also say it is a guilty pleasure. The movie is technically perfect: the actors are great, editing is fantastic, music, cinematography, etc etc but… this is a movie about one of the worst kind of people in this world.

Ambition at its worst, greed to extremes and disgusting life styles. And disturbingly it is based on a true story. Fascinating to watch even though it is a very long movie and the main character isn’t even likeable. 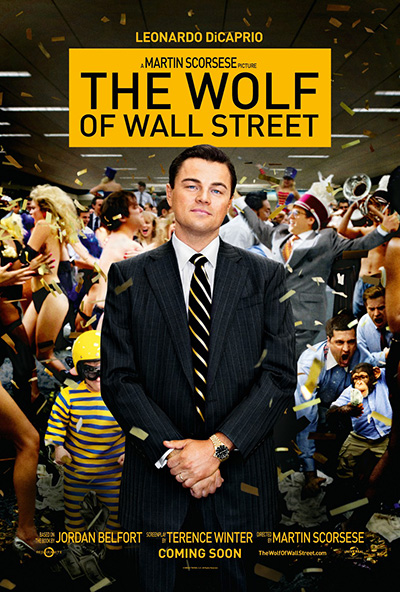 It has been nominated for 5 Academy Awards: Actor (Leonardo DiCaprio), Supporting Actor (Jonah Hill), Director, Movie and Adapted Screenplay. Leonardo DiCaprio won a Golden Globe for Best Actor in a Comedy. I must add that Matthew McConaughey is amazing in his short appearance.

If you don’t like nudity, sex scenes, drugs or hearing the word fuck: avoid this movie!

Stardust is Matthew Vaughn’s new movie, based on Neil Gaiman’s book. The movie is beautiful! It’s a fantasy movie, almost like a fairy tale. The movie doesn’t pretend to be something it’s not, a “no BS” movie. You know who the bad guys, you know who the good guys are; but it doesn’t matter. What matters is how the story is told. The whole cast does a good good, but Robert De Niro steals the spotlight. And new comer Charlie Cox is very charming.
1 Comment