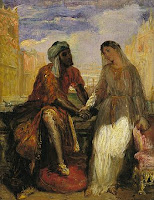 The Favours of the Moon

A Place to Call Home